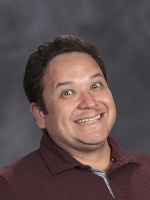 Joe Rivera heads the bread and pastry program at the Eliot St. Café. Joe was born and raised in El Paso, Texas, and graduated from Eastwood High School in 1997, moving to Durango Colorado later that same year and began his culinary career working as a Barista in the evenings and as a baker’s assistant in the early mornings. In 1999 Joe moved to Denver and his interest in the baking arts grew as he started working at Le Petite Gourmet Catering, specializing in Artisan breads and laminated dough.  Chef Joe has since worked at a small family-owned delis including Cooks Fresh Market and Fisher Clark Deli where the focus was on fresh, organic house-made desserts and breads. Joe went on to become the Assistant Pastry Chef at the world-renowned Brown Palace Hotel and Spa where he helped revitalize the pastry and bread program by building a team of professionals who continue to prepare and serve high-quality handcrafted desserts and artisan breads for a large scale, multi-outlet four-star, four-diamond hotel. Chef Joe now enters teaching with the hopes that he can impart the knowledge and passion he has fostered for this industry to a new generation of aspiring chefs.